Mr Islami thanked the Ambassador for this visit and the support of France to build the capacities of the civil aviation regulator in Kosovo from the post-war period until today. Indeed, French aviation experts opened the first civil aviation regulatory unit after 1999 and helped to build local capacities which did not exist at that time. Furthermore, after Kosovo’s declaration of independence, the Directorate General of Civil Aviation of France (DGAC), in the framework of an EU-funded twinning project, supported with training and expertise Kosovar Civil Aviation Authority and other responsible public institutions in civil aviation. Beyond this two-year project DGAC continued to support Kosovo CAA until today with exchanges of expertise and academic and professional trainings, provided in particular at the French Civil Aviation University (Ecole Nationale de l’Aviation Civile – ENAC) in Toulouse.

During the meeting Mr Islami informed the Ambassador about the preparations that the CAA and other institutions, including the Air Navigation Services Agency, and airport operator have made to resume commercial air operations as soon as the restrictions on air transport set up in March will be lifted due to COVID-19 pandemics and EU restrictions set for citizens of the Western Balkans.

H.E. Mrs Butel and Mr Islami agreed that the friendship between the states deserves the establishment of regular and stable air connections between Kosovo and France. 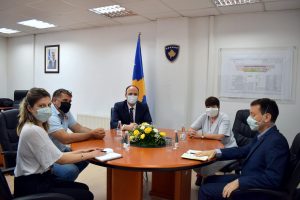 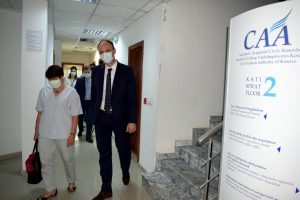