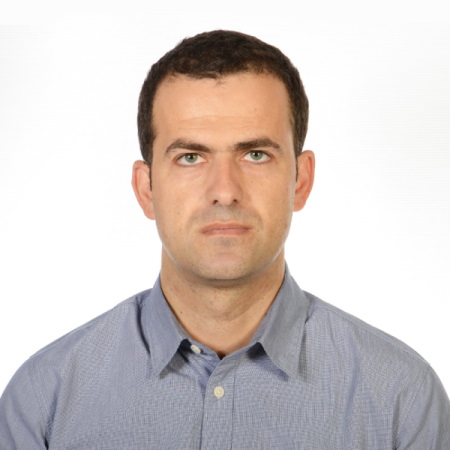 Bujar Ejupi is the Director General of the Civil Aviation Authority. In this position, he was appointed by the Government of the Republic of Kosovo in June 2020.

Bujar Ejupi started working at the airport in 2003 as an Aeronautical Information Services Officer, where, among other things, he was responsible for flight plans, slot coordination, publishing aeronautical information, Notice to Airmen (NOTAMs), SNOTAMs, Aeronautical Reporting Office (ARO), etc. In 2006 he was first promoted to Human Resources and Administration Officer, then to Marketing Officer, and in 2009 to Commercial Deputy Director. During the engagement as Deputy Director in the Commercial Department, Mr. Ejupi has shown successes that have directly influenced the airport to orient to the market and achieve continuous commercial growth.

Deputy Commercial Director tasks have been: strategic airport planning, revenue forecasting, market research, drafting strategies for attracting airlines, marketing plan, drafting the business plan for the airport, cooperation with airlines, setting tariffs and prices for all airport services, revenue supervision, cooperation with the Kosovo Civil Aviation Authority, development of new commercial products, negotiation and drafting of agreements with airlines, etc. He kept the position of Commercial Deputy Director in the public enterprise until 2011, then continued in the private concessionary company Limak Kosovo International Airport J.S.C. until 2014.

In June 2016, Mr. Ejupi was appointed Deputy Director of the Air Navigation Services Agency (ANSA) where he served until January 2018.

Ejupi completed his Master’s degree at RIINVEST College in Management, and his second Master’s degree at the Rochester Institute of Technology (RIT) with a degree in Airport Expansion and the level of services at Pristina International Airport.

He is the co-author of the analytical and research report on the progress and results of the concession of Prishtina International Airport Adem Jashari (PIA) and other research in various fields.

In addition to experience in the field of aviation, Mr. Ejupi has also worked as a project manager, CEO, consultant, trainer, and lecturer in various international and local organisations. 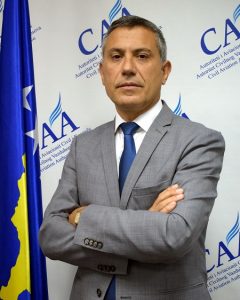 Xhelil Bekteshi is Deputy Director General of the Civil Aviation Authority. He was born in Pristina where he completed his primary, secondary and university education. Mr. Bekteshi completed his undergraduate and postgraduate studies at the Public University of Prishtina (now Hasan Prishtina) Faculty of Economics, Management and Informatics, majoring in Management and Informatics and postgraduate studies majoring in Marketing.

He started working in September 2002, in the Municipality of Prishtina, as Coordinator for Budget and Finance, in the Department of Finance and Property. During this period he was also involved in the European integration process, as Officer for Coordination of European Integration. 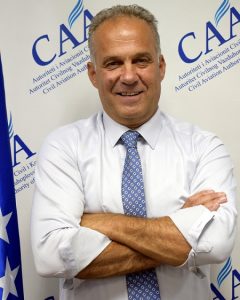 Burim Dinarama is Director of Aerodromes Department. In this position, he was appointed in September 2011. Mr. Dinarama is employed in the Civil Aviation Authority of Kosovo since its establishment in 2009, with having previously worked in the Civil Aviation Regulatory Office since 2006. He had his first experience in civil aviation during the period 2001-2004 when he was responsible for the implementation of major infrastructure projects at Prishtina International Airport. Prior to that, he exercised various responsibilities in the construction sector, mainly in the construction of roads and bridges in various projects funded by the European Commission and the Government of Kosovo. He has been in charge of many important processes in the Aerodromes Department such as certification of Prishtina International Airport, certification of ground service providers, certification of the fuel supplier, approval of the first private heliport in Kosovo, etc. He graduated as a civil engineer at the University of Prishtina. 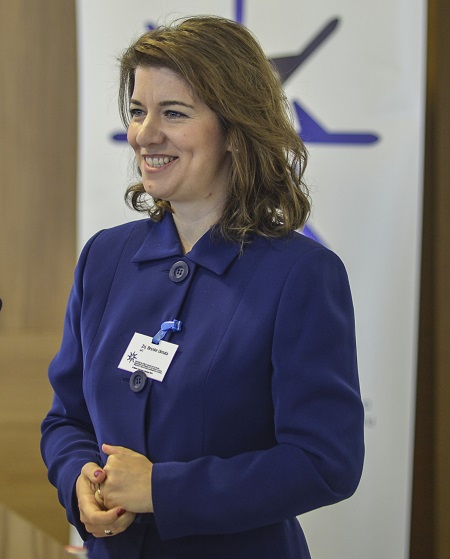 Besnike Ukmata is Director of International Cooperation and Economic Regulation Department at the Civil Aviation Authority since its establishment in 2009. She has exercised similar responsibilities within the Civil Aviation Regulatory Office during the period 2005-2008. She has worked for two years (2003-2005) at Prishtina International Airport where she has held the position of the Airport Incorporation Project Manager and Company Secretary. Mrs. Ukmata holds an MBA in Aviation degree, gained at the University of Danube in Austria, and has attended a great number of professional trainings in international aviation training institutions. She has been delegated by the Director General the responsibility of the European Integration Officer at the CAA. Mrs. Ukmata acts as the focal point of the European Commission in the Republic of Kosovo for the obligations and implementation of the European Common Aviation Area Agreement in our country. 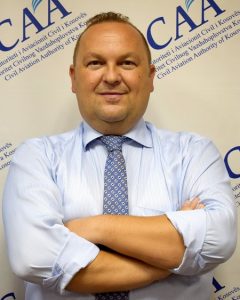 Kushtrim Musa is Director of Flight Safety Department. In this position, he was appointed in January 2009. Mr. Musa is a professional pilot and flight instructor graduated in North American Institute of Aviation in South Carolina, USA in 1998. In his career as a professional pilot, he accumulated 2000 flight hours with the Fulton Flight Services Inc. headquartered in Atlanta. Since 2000 he exercised various responsibilities in the civil aviation sector. In 2003 he received a Diploma in Civil Aviation Management from the International Air Transport Association (IATA) in Montreal, Canada. In 2005 Mr. Musa was certified as an Aviation Security Professional Manager (AVSEC PM) by International Civil Aviation Organization (ICAO) and Concordia University in Montreal, Canada. In 2006 he is appointed as Chief of Flight Standards and Aviation Security in the Civil Aviation Regulatory Office. In 2012 he was appointed to the position of Secretary of the National Civil Aviation Security Committee by the Minister of Internal Affairs of the Republic of Kosovo. 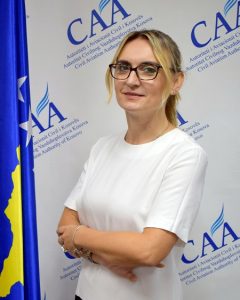 Lendita Kika-Berisha is Director of Safety and Quality Department at the Civil Aviation Authority. She is also an internationally certified lead auditor for ISO 9001:2015 on the quality management system and also holds CAA credentials as Aerodromes Inspector. Before the establishment of Safety and Quality unit, Mrs. Kika-Berisha was Director of Aerodromes Department for five years. In 2005 she was employed at the Civil Aviation Regulatory Office, in the Aerodromes Department.

Previous experience shows five years in civil aviation industry, three of which with Swiss International Airlines as a deputy station manager, one year with Austrian Airlines and another year in the Air Operations and Movement Control Department within the United Nations Mission in Kosovo.

She has an Aviation Masters in Business Administration degree from Danube University in Austria and has followed aviation trainings from international training institutes, such as: IATA, UKCAA, Singapore Aviation Academy, JAA TO, Swiss Aviation Academy, TUV, etc. 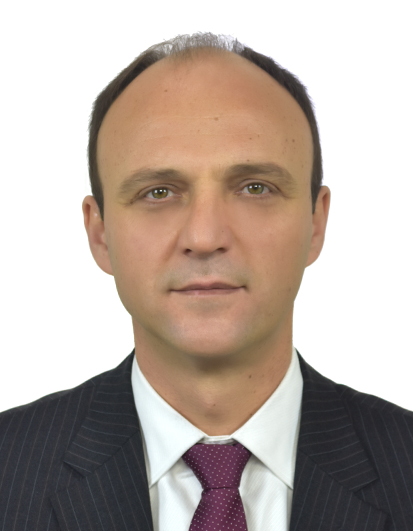 Arianit Islami is Air Navigation Services Department Director. Arianit Islami is a seasoned aviation professional, with more than 20 years of experience as a senior official in civil aviation, with remarkable academic and practical background. Since 1999 he has exercised various responsibilities in the civil aviation sector, initially in the industry and afterwards on the regulator side where he held the position of Director of Air Navigation Services Department. As an experienced expert, since 2009 he has also been engaged as a lecturer on the subject of Safety Management Systems (SMS), initially at Prishtina University, Faculty of Electrical and Computer Engineering, and College of Applied Technical Sciences Tempulli, and afterwards he also served as a lecturer in the â€œAdvanced Master Safety Management in Aviationâ€ programme organized by Ecole Nationale de l’Aviation Civile (ENAC) in France. Mr. Islami holds an Electrical Engineering Degree from the Faculty of Electrical and Computer Engineering of Prishtina University, and a Masters Degree from ENAC, France on Satellite-Based Communication, Navigation and Surveillance. Currently he is a PhD Candidate at the ENAC Laboratory and Paul Sabatier Univerity in Toulouse, France. Mr. Islami has also completed a significant number of professional trainings. In 2003 he received a Diploma with Distinction in Air Navigation Services Management and Diploma in Civil Aviation Management from IATA Aviation Training and Development Institute with centers in Montreal, Geneva and Singapore. He is also certified as a safety auditor by the EUROCONTROL Institute of Air Navigation Services and has successfully completed all the required trainings to accomplish tasks for which he is responsible. Since 2009 he is a member of the auditing team for the certification of air navigation service providers and verification of safety management systems. In this capacity, he has participated in several certification audits in the region, specifically in Albania and Macedonia, within the scope of regional agreements, and internationally he participated in audits in France and French Polynesia, within the scope of the Twinning Project. 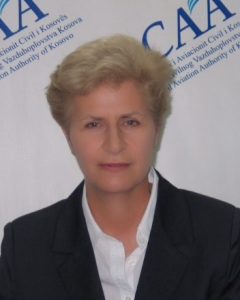 Hysa Matoshi is Director of Administration and Human Resources Department at the Civil Aviation Authority. In this position, she was appointed in June 2017.

She completed her studies at Fama University College in Prishtina at the Faculty of Law in 2009 receiving a Bachelor of Criminology degree.

She completed her Master studies in Penal Law at the University College Fama in Prishtina, Faculty of Law, in January 2013.

In 2016 she passed the Jurisprudence Exam.

During this period of work with the Kosovo Police, she has completed a considerable number of courses and trainings, ranging from basic, advanced and specialized ones to managerial ones.